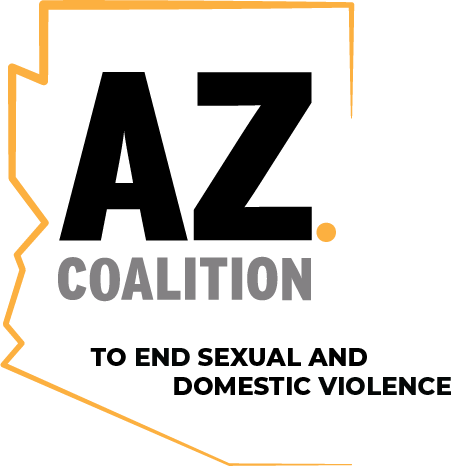 PHOENIX, AUGUST 16, 2022 – The Arizona Coalition to End Sexual & Domestic Violence (ACESDV) Board of Directors is pleased to announce the appointment of four new Directors Cindy Garcia, Andrea Levy, Nidhi Naik, and Carol Park Aden. The directors have extensive professional expertise, and will assist the Board of Directors in furthering the mission of ACESDV, creating a greater impact on the people, program members and communities it serves.

“ACESDV is incredibly thankful to have these four incredible individuals join the board,” said Jenna Panas, CEO of the Arizona Coalition to End Sexual and Domestic Violence. “They all bring valuable personal perspectives and professional experience to the Board that will move both the agency and the state forward.”

Cindy Garcia is the Program Director for De Colores -Chicanos Por La Causa. Ms. Garcia began her career working with survivors of Domestic Violence a decade ago in Tucson, at Emerge! Center Against Domestic Abuse. She has consitently progressed in her roles, starting as a center assistant, then became a case manager, and next a legal advocate working at a Tucson Domestic Violence court. Ms. Garcia then moved to a program manager at Emerge! shelter before moving to Phoenix becoming the program manager for De Colores shelter. Ms. Garcia now serves as the Director of De Colores Programs, the only fully bilingual, bicultural program in the Valley providing shelter and community-based services to survivors of domestic violence. Ms. Garcia has a Bachelors in Human services and Master in Business administration. Ms. Garcia has a partner of 17 years and three children under the age of 8.

Ms. Garcia is dedicated to the movement and the ACESDV board. She is delighted to  support our community, allowing people to be able to live freely, be safe and thrive in life. “This amazing group creates change and a pathway for survivors, by listening to what is needed and survivors wants,” stated Ms. Garcia.

Andrea Beth Levy, CPA, CFE, CGMA, MBA serves as the Chief Financial Officer for CFO for Voice, an international humanitarian nonprofit aiding women and girls in crisis. Levy started her career in corporate accounting and internal audit, but ultimately found her niche in healthcare management and nonprofit accounting. Ms. Levy also served as CFO with Southwest Autism Research and Resource Center. Ms. Levy holds a bachelor’s in accounting and a master’s in business administration with a concentration in information technology. Currently, Ms. Levy serves as the Chair-Elect for the Arizona Society of Certified Public Accountants. In her spare time, Ms. Levy enjoys traveling, hiking, and volunteering in the non-profit community.

Ms. Levy has served on the ACESDV Board’s Finance and Budget Committee, and will now serve as an officer of the Board in the role of Treasurer. Ms. Levy brings creativity and solution focused leadership to the Board.

Nidhi S. Naik, J.D. has been practicing law in Arizona for 9 years. Ms. Naik had dedicated her law practice to child abuse and neglect cases for almost 8 years, a cause she continues to be very passionate about. This year Ms. Naik made a switch to work for one of Arizona’s top ranked law firms, Davis Miles McGuire Gardner, where she practices Family Law. Nidhi holds a bachelor’s degree in Justice and Social Inquiry with a minor in Women’s Studies from Arizona State University and a Juris Doctor from the University of Arizona. In her spare time Ms. Naik loves to travel the world and spend time with her family and her little Yorkie Koda.

Ms. Naik has long advocated for survivors of domestic violence in her child welfare work. Her long history of advocacy, in addition to her expertise in the legal systems that survivors encounter will bring significant insight to the Board.

Carol Park Aden is a life-long child advocate who is currently employed as a family law attorney with Community Legal Services in Phoenix after retiring from the Arizona Attorney General’s Office in child support enforcement. She previously maintained a solo law practice in rural Kansas where she served as a guardian ad litem and represented juvenile offenders in addition to handling family law matters. Ms. Aden also served for a decade with the U.S. Trustee’s Office in the U.S. Department of Justice handling federal bankruptcy matters. She has earned degrees in law, public administration and accounting from the University of Arizona and Michigan State University, maintains an active law license in Arizona and holds inactive law licenses in Utah and Kansas as well as her C.P.A. Emeritus Utah license. When not visiting their children and grandchildren in Texas, Carol and her husband, Don enjoy camping and the challenge of growing wine grapes south of Willcox. Carol also enjoys the challenge of gardening, photography and oil painting.

ACESDV is excited to have these exceptional individuals join the Board and looks forward to channeling their talents and expertise to further their mission to end sexual and domestic violence in Arizona by dismantling oppression and promoting equity. Please join ACESDV in welcoming them.