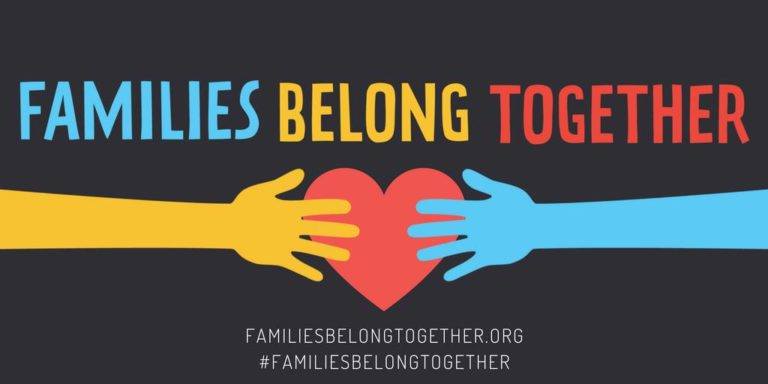 State and national sexual assault coalitions across the country are united in condemning the separation of children from family members as well as the violence and dehumanizing conditions faced by people being held in detention. The treatment of adults and children while detained in U.S. Customs and Border Protection (CBP) migrant detention centers under the jurisdiction of the Department of Homeland Security (DHS) is dehumanizing and therefore unacceptable. It must come to an immediate end.

We represent survivors of and advocates against sexual harassment, abuse and assault throughout the country. Many people coming to the U.S. are fleeing from sexual violence in their countries of origin. As advocates, it is incumbent upon us to bear witness and take action against cruelty.

Whereas there are no less than two immigrant detention centers per state, including Puerto Rico, and 184 centers in the state of Texas, we demand accountability from all officials and legislators for the atrocities that continue within these tax-payer funded detention facilities and camps.

There have also been reports of systemic and widespread sexual harassment, abuse, and assault occurring in ice detention facilities across the nation and only 2 percent of complaints having been investigated, in clear violation of the Prison Rape Elimination Act (PREA) standards. According to Department of Health and Human Services (HHS) documents, thousands of migrant children have experienced sexual abuse while in U.S. government custody under the Office of Refugee Resettlement (ORR) since 2015.

Reporters have not been allowed to speak with detainees or to record the conditions inside the facilities. Doctors are not able to access important medical records of refugees due to the lack of transparency from U.S. Immigration and Customs Enforcement and U.S. Customs and Border Protection. These agencies’ policies are unacceptable and undermine advocates working to end and prevent violence, who understand that a culture of silence creates a dangerous environment for violence to run rampant and unchecked.

It is imperative that all legislators, local and national, address the humanitarian crisis at our southern border immediately. We demand the current administration completely end the practice of separating children from their parents and minimize the placement of children and families in detention settings that expose them to further traumatization and dangerous living conditions. Additionally, legislators must work together to support policies that reduce obstacles to good-faith asylum claims, and avoid creating new ones.

We ask our supporters to contact their legislators regarding this statement and mention the concerns we have listed. We demand an end to secrecy by all immigration agencies and an end to the inhumane conditions that refugees are forced to endure inside detention centers and camps. We want an end to U.S. Immigration and Custom Enforcement (ICE) raids that unfairly target communities of color and funnel more people into the inhumane conditions within DHS detention facilities. We urge all legislators to take a bipartisan, humanitarian position by acting to protect immigrants and refugees within our borders. Human rights, and the dignity of every person, are not partisan issues.

Other actions include supporting and reaching out to the sponsors of crucial legislation such as:
The Northern Triangle and Border Stabilization Act Of 2019 (H.R. 3524), which requires better treatment of detained children at the border, including by setting standards for CBP facilities and directing the hiring of child welfare professionals.

The Child Trafficking Victims Protection And Welfare Act (S. 661), which provides for the safe and appropriate treatment of children in CBP custody by requiring at least one licensed child welfare professional at ports of entry and border patrol stations that regularly hold a large number of children. The bill also provides minimum standards of care for children in CBP custody.

Together, we can prevent the continued sexual harassment, abuse, and assault of all persons regardless of race, gender, ethnicity, or documentation status.